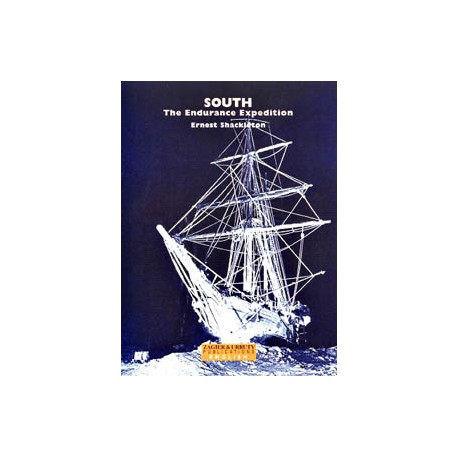 The Endurance Expedition 1914-1916.
Sir Ernest Shackleton is considered by some authors as the greatest of all Antarctic explorers. Quite all his live was lived with the polar ice as a goal and even after his death, the destiny wanted him to be buried in the whalers cemetery on South Georgia.
The story of the Endurance expedition is as well an epic Antarctic adventure never rivaled by any other record of polar exploration during the so called Heroic Age.
The Endurance was trapped in the pack ice for ten months until it was swallowed by the sea. The account of the rescue is extraordinary.
This book is a facsimile from the 1919 edition. We included photographs taken by Frank Hurley, perhaps the photographer that left the most important work about an Antarctic expedition of all time.