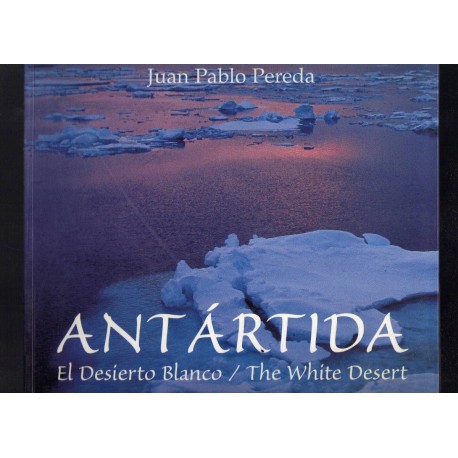 Notify me when available

Introduction by the anthropologist-photographer Carlos Mordo, 6 black and white historical pictures, 89 full colour pictures, 2 brief passages from the author's travel diaries and several quotations of some of the most important antarctic explorers.

Pereda was born in Buenos Aires in 1965, he started on photography at eleven years of age, and defines himself as an autodidact. Among the diferent topics of photography, he always felt attracted to nature and travel. He has made photographic travels through Patagonia, Chile, Spain, the Mediterranean Sea, Belgium, The United States, Canada, Alaska and Antarctica. He has taken part as a judge in a nature-photography tournament sponsered by the National Audubon Society and the Fundación Vida Silvestre Argentina. He has displayed photographs at the Bolsa de Comercio de Buenos Aires for the celebration of Dr. Roger Payne's conference and the thirty years of the Southern Right Whale Proyect of the Instituto de Conservación de Ballenas in October 2000; and at the Renault Museum of Buenos Aires on July 2001. He has taken part as official photographer on the expedition Antarctica 2003 of the research vessel Ice Lady Patagonia.